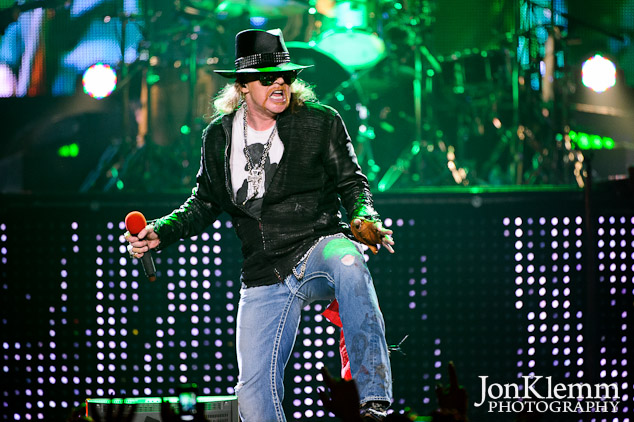 This year marks the 25th anniversary of the release of Guns N’ Roses’ debut album, Appetite For Destruction, which makes the band eligible for induction into the Rock and Roll Hall of Fame.

While there is speculation and hope that the original lineup of Guns N’ Roses will reunite for the Rock and Roll Hall of Fame induction ceremony this summer, Axl is keeping his chops up by touring with his current version of the band. It was just announced that they will be playing three shows in New York City in mid-February.They were last in the NYC area in November, when they played at Izod Center in New Jersey.

A gallery of photos from the Izod Center show can be seen here.